The School for Good and Evil ; 1

Brashares, Ann: The Here And Now

Follow the rules. Remember what happened. Never fall in love.
The world Prenna James comes from is in ruins. She and the others who escaped are here to prevent humanity’s destruction. But if they don’t follow The Rules, everything that matters will be gone: Friends. Families. Dreams. Love.
Ethan Jarves can never know Prenna’s secret. That she’s not from another place.
She’s from another time.

Grace and Tippi are twins – conjoined twins. And their lives are about to change. No longer able to afford homeschooling, they must venture into the world – a world of stares, sneers and cruelty. Will they find more than that at school? Can they find real friends? And what about love? But what neither Grace or Tippi realises is that a heart-wrenching decision lies ahead. A decision that could tear them apart. One that will change their lives even more than they ever imagined…From Carnegie Medal shortlisted author Sarah Crossan, this moving and beautifully crafted novel about identity, sisterhood and love ultimately asks one question: what does it mean to want and have a soulmate?

If you ain’t scared, you ain’t human.
When Thomas wakes up in the lift, the only thing he can remember is his name. He’s surrounded by strangers—boys whose memories are also gone.
Nice to meet ya, shank. Welcome to the Glade.
Outside the towering stone walls that surround the Glade is a limitless, ever-changing maze. It’s the only way out—and no one’s ever made it through alive.
Everything is going to change.
Then a girl arrives. The first girl ever. And the message she delivers is terrifying.
Remember. Survive. Run.

Furniss, Clare: The Year of the Rat

Pearl’s baby sister is The Rat. She’s the reason Pearl’s mum died, the reason everything changed forever, and Pearl can’t forgive her for that. Because losing her mum is the hardest thing that has happened to Pearl and no one, not her dad, her interfering granny, her best friend – and especially not her new little sister – can break down the barriers she’s putting up. But what if Pearl’s mum isn’t completely gone? What if, somehow, she’s still here? The world may tip at any moment, Pearl knows that now. The trick is finding something to hold on to…

When Margo Roth Spiegelman beckons Quentin Jacobsen in the middle of the night—dressed like a ninja and plotting an ingenious campaign of revenge—he follows her. Margo’s always planned extravagantly, and, until now, she’s always planned solo. After a lifetime of loving Margo from afar, things are finally looking up for Q . . . until day breaks and she has vanished. Always an enigma, Margo has now become a mystery. But there are clues. And they’re for Q.

Green, John: The Fault in Our Stars

Morpurgo, Michael: Listen to the Moon

The stunning novel set during World War One from Michael Morpurgo, the nation’s favourite storyteller and multi-million copy bestseller. May, 1915. Alfie and his fisherman father find a girl on an uninhabited island in the Scillies – injured, thirsty, lost…and with absolutely no memory of who she is, or how she came to be there. She can say only one word: Lucy. Where has she come from? Is she a mermaid, the victim of a German U-boat, or even – as some islanders suggest – a German spy…? Only one thing is for sure: she loves music and moonlight, and it is when she listens to the gramophone that the glimmers of the girl she once was begin to appear. WW1 is raging, suspicion and fear are growing, and Alfie and Lucy are ever more under threat. But as we begin to see the story of Merry, a girl boarding a great ship for a perilous journey across the ocean, another melody enters the great symphony – and the music begins to resolve…A beautiful tour de force of family, love, war and forgiveness, this is a major new novel from the author of PRIVATE PEACEFUL – in which what was once lost may sometimes be found, washed up again on the shore…

Fourteen-year-old Sarah Zorn intends to spend the summer with her “boyfriend” Curtis, waiting for a dead calf to decompose in time for the science fair. Her plans are upended when her fake-boyfriend strategy goes awry just as her hippie Grandma Z invites her on a last-minute Roman holiday. As Sarah explores Italy’s ancient wonders, she can’t stop “boy-liking” Curtis . . . or puzzling over her grandmother’s odd behavior. Sarah must learn to navigate the murky waters of first love, friendship, and family with heart and good humor.

August Pullman was born with a facial difference that, up until now, has prevented him from going to a mainstream school. Starting 5th grade at Beecher Prep, he wants nothing more than to be treated as an ordinary kid—but his new classmates can’t get past Auggie’s extraordinary face. WONDER, now a #1 New York Times bestseller and included on the Texas Bluebonnet Award master list, begins from Auggie’s point of view, but soon switches to include his classmates, his sister, her boyfriend, and others. These perspectives converge in a portrait of one community’s struggle with empathy, compassion, and acceptance.

She turns to face the future in a world that’s falling apart. For sixteen-year-old Tris, the world changes in a heartbeat when she is forced to make a terrible choice. Turning her back on her family, Tris ventures out, alone, determined to find out where she truly belongs. Shocked by the brutality of her new life, Tris can trust no one. And yet she is drawn to a boy who seems to both threaten and protect her. The hardest choices may yet lie ahead!. A debut novel that will leave you breathless.

In Beatrice Prior’s dystopian Chicago world, society is divided into five factions, each dedicated to the cultivation of a particular virtue-Candor (the honest), Abnegation (the selfless), Dauntless (the brave), Amity (the peaceful), and Erudite (the intelligent). On an appointed day of every year, all sixteen-year-olds must select the faction to which they will devote the rest of their lives. For Beatrice, the decision is between staying with her family and being who she really is-she can’t have both. So she makes a choice that surprises everyone, including herself.

During the highly competitive initiation that follows, Beatrice renames herself Tris, and struggles alongside her fellow initiates to live out the choice they have made. Together, they must undergo extreme physical tests of endurance and intense psychological simulations, some with devastating consequences. As initiation transforms them all, Tris must determine who her friends really are-and where, exactly, a romance with a sometimes-fascinating, sometimes-exasperating boy fits into the life she’s chosen. But Tris also has a secret: one she’s kept hidden from everyone, because she’s been warned it can mean death. And as she discovers unrest and growing conflict that threatens to unravel her seemingly-perfect society, she also learns that her secret might be what helps her save those she loves . . . or it might be what destroys her.

‚Reminded me not just what it’s like to be young and in love, but what it’s like to be young and in love with a book‘ John Green, author of The Fault in our Stars Eleanor is the new girl in town, and she’s never felt more alone. All mismatched clothes, mad red hair and chaotic home life, she couldn’t stick out more if she tried. Then she takes the seat on the bus next to Park. Quiet, careful and – in Eleanor’s eyes – impossibly cool, Park’s worked out that flying under the radar is the best way to get by. Slowly, steadily, through late-night conversations and an ever-growing stack of mix tapes, Eleanor and Park fall in love. They fall in love the way you do the first time, when you’re 16, and you have nothing and everything to lose. Set over the course of one school year in 1986, Eleanor & Park is funny, sad, shocking and true – an exquisite nostalgia trip for anyone who has never forgotten their first love. 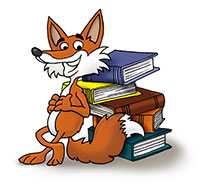 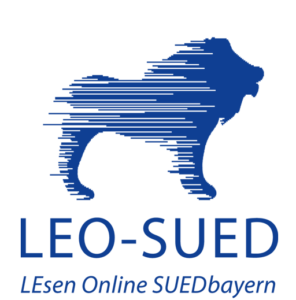 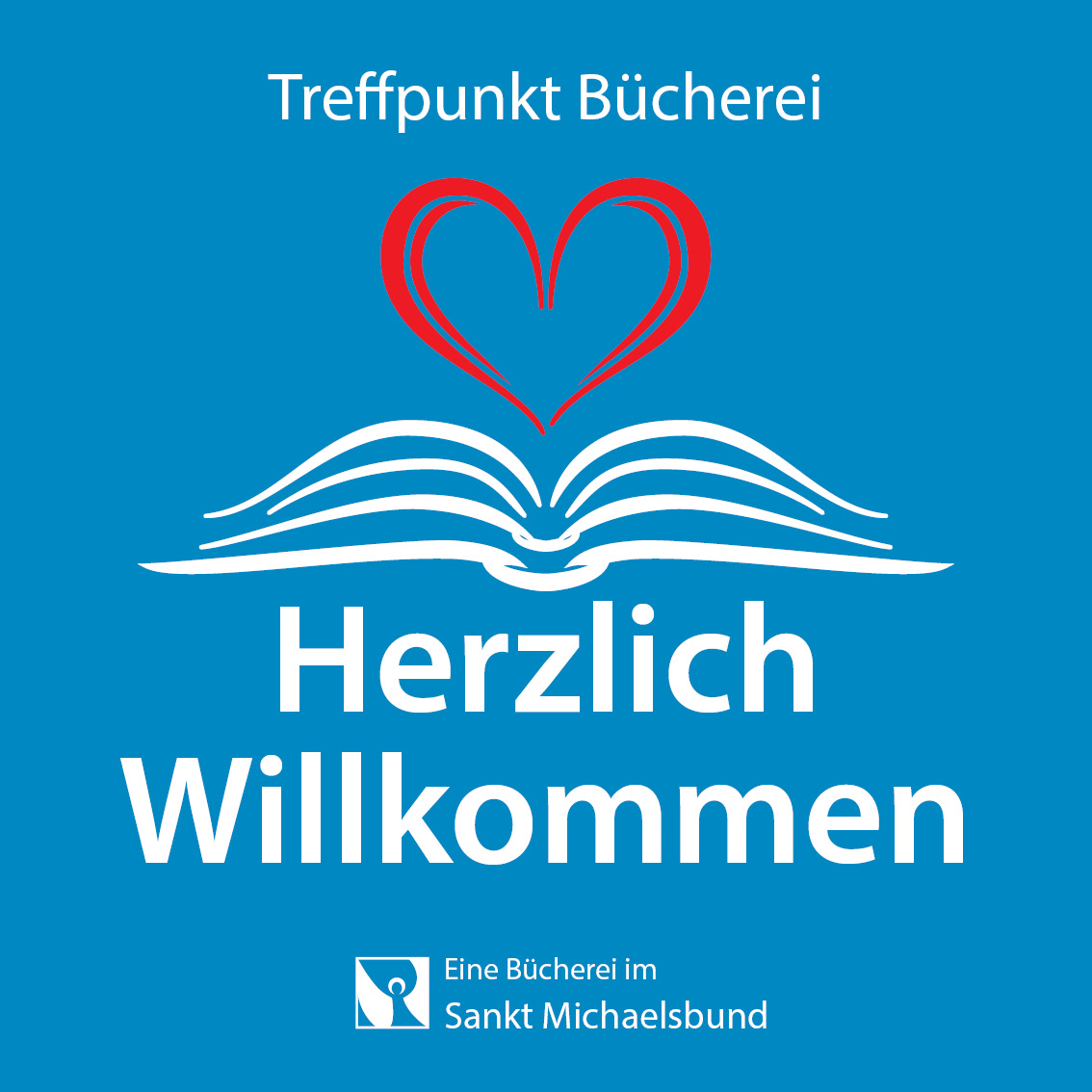